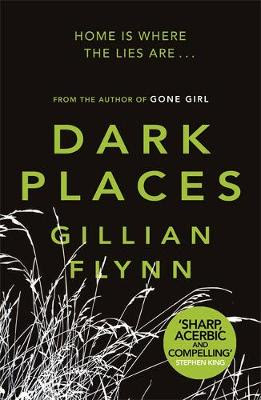 Book Details:
Libby Day was seven when her mother and two sisters were murdered in “The Satan Sacrifice” of Kinnakee, Kansas. She survived—and famously testified that her fifteen-year-old brother, Ben, was the killer.
Twenty-five years later, the Kill Club—a secret secret society obsessed with notorious crimes—locates Libby and pumps her for details. They hope to discover proof that may free Ben.
Libby hopes to turn a profit off her tragic history: She’ll reconnect with the players from that night and report her findings to the club—for a fee. As Libby’s search takes her from shabby Missouri strip clubs to abandoned Oklahoma tourist towns, the unimaginable truth emerges, and Libby finds herself right back where she started—on the run from a killer.
Book Review:
I took a long time to write this review after I finished reading it. There’s something about Gillian Flynn that just stays with you. She is the queen of psychological thrillers, crime noir, or whatever you want to call it. This entire book is narrated in two timelines in alternating chapters.One is present day Libby Day, who is drawn into the terrible past of the day where the family was massacred. It moves fairly slowly in the beginning, but it doesn’t drag. It helps because we are gradually introduced to her character and we have time to get comfortable. It’s strange because here’s​ someone who has gone through so much as a child, you will naturally feel sympathetic. On the other hand, she is stubborn and apathetic and doesn’t evoke any warmth to begin with. Slowly, as we become a part of Libby’s life, we start to like her and empathize with her despite everything. It isn’t easy to create that sort of character. She’s flawed and selfish but you still feel sharp pangs at unexpected moments. That’s one of the reasons I read Gillian Flynn books slowly. I want to savor the characters and the storyline. Once I read it there’s no going back, because I know what happens and how the people are. It’s something that stays with you. Which is an amazing skill to have, but it also means you wouldn’t be able to discover it from zero on the second reading. It will, however, allow you to pick up on nuances and subtleties since now you know where it leads. The other narrative timeline starts from the day before the murders to the morning of. It is narrated by Patty Day, the mother, and Ben Day, Libby’s older brother who is currently incarcerated for murdering his family. This whole part shows the reality of what happened that day, over the course of the book. Libby gets involved in the present day with a group of people who are trying to free Ben Day because they are convinced of his innocence. Originally reluctant, Libby slowly starts questioning the truth of what happened. After all, she was only seven years old when it occurred. The twists, turns and secrets start to unfold slowly, driving the reader towards a mostly unexpected climax. I can say that this had a relatively more satisfying end than Gone Girl. Don’t get me wrong, I really like Gone Girl too, but this is somehow better for me. Gone Girl had a pretty unrealistic ending in my opinion (Why did nobody ask Amy Dunne anything? There were flaws in her story!)In that sense, Dark Places ties up loose ends and gives you a sense of closure as a reader, which I really appreciated.
View all reviews | Are you a writer?