Skip to content
Hi guys, today I’d like to introduce Brian Kindall. Brian is an absolutely wonderful writer who creates strong, multi-faceted characters, and wonderfully dreamy worlds.  I’ve reviewed two of his books – Delivering Virtue and Fortuna and the Scapegrace. They’re both delightful novels and I can’t wait for more! He’s here today with some interesting insights on Magical Realism that will surely be helpful to aspiring writers hoping to make a mark in the field, as well as for readers who are fans of the genre.

“Life can be grim. Life can be humorless. But I cannot say for certain that life is not magical.”
– from the musings of Didier Rain in Fortuna and the Scapegrace
Behind the cold, hard reality of life there lurks a magic. It stays hidden most of the time. It is subtle and elusive. In fact, a person would be hard pressed to find any evidence of this magic in the tedious reality of a typical day. But that doesn’t mean it isn’t there. It’s just waiting for the right moment to reveal itself. This usually happens when we’re least expecting it, generally at some point when we are most deeply mired in the harshness of our own reality. But then, suddenly, there it is – Magic – like a mischievous angel shooting us a wink from across a crowded room.
Novels are the perfect place to explore this magic. As a genre, such works fall into the category of Magical Realism. Here an author can take his or her own sense of that magical mystery and weave it into a story for readers to enjoy and ponder.
To be clear – we’re not talking about strict Fantasy here. There are no matter-bending, alien space invaders or magical kingdoms in far away, dragon populated realms. The characters in magical realism dwell in the same world as you and me, and are subject to its same laws. They struggle and feel pain. They laugh and, in the end, they die very real deaths. It’s magical, yes, but realism is an equal partner in this kind of writing. That’s what makes it so relevant to life, and often so poignant. It’s real.
I write magical realism for this very reason. It is the closest thing I’ve found to explaining existence as I know it. Other writers might reject this magic completely, insisting that a truly rendered world must be scrubbed of even the slightest measure of hocus-pocus if it is to accurately portray the world as it actually is. Conversely, God-fearing writers might argue that I am merely confusing the sacred source of their religion with magic. Writers of magical realism do sometimes call on religious myths and symbols to express their sense of magic. (Note, for example, the winking angel mentioned above.) But I would argue that neither of those camps is capturing life in its fullest and truest sense. The strict realists are, in my opinion, neglecting that magical spark that could give their books a more accurate representation of life, and the God-fearers, with respect, are leaning too far toward the escapism of superstition and fantasy. Magical realism travels the middle way, drifting like smoke between the extremes on both sides. It doesn’t pretend to know or have the answers to life. It just portrays the mystery embedded in human existence.
I currently have a pair of adult novels out in the genre of magical realism – Delivering Virtue and Fortuna and the Scapegrace. These are the first two books in a series. They are set in the mid 1800s and feature a world-traveling scalawag and buffoon by the name of Didier Rain. Rain is on a quest for an ideal life full of poetry and love, but every time he gets close to his dream’s fulfillment, grim reality steps up and slaps him down. What makes Rain endearing is the humor with which he deals with hardship, and his persistence, no matter how harsh his reality becomes. And I guarantee, in the gritty world of Didier Rain, things get pretty harsh. A normal person facing Rain’s obstacles might be tempted to give up. But as Didier Rain himself says  – “Who has not experienced just enough wonder to stay encouraged? Who has not been subject to just the right measure of mystery to suspect that something is going on – some plot unseen?” This sense of life’s magic is enough to keep Rain struggling toward his goals, harboring the hope of angels in his secret heart. In this sense, isn’t he like every one of us? Haven’t we all, even on our darkest days, sensed just enough magic to keep us hopeful? Whether or not Rain will ever reach his own goals – what with all the adventure and harsh reality between him and his dreamed of destination – is something that the series will ultimately explore in upcoming books.
There are a lot of writers out there, and a lot of approaches to fiction. We’re all trying to decide just how much magical spice to add to our novelistic offerings. Too much overwhelms; too little leaves our fiction bland. Just a dash is usually best. That seems most reflective of how life actually is. We don’t get to hang out with angels and satyrs every day, we only get to hear their footsteps and muffled laughter now and then, or occasionally receive a blessed wink from across a crowded room. That’s the reality of life. And writers who understand this are the ones who, for my money, offer up the most moving, magical, and realistic books.

Brian Kindall writes books – some for kids, some for grown-ups – brimming with the absurdity, beauty, and mystery of life. He crafts his stories to join the finest qualities of literature with large doses of adventure, peopling them with one-of-a-kind characters you won’t soon forget.
He is a master at playing humor against pathos, and fairytales against reality, all for the sake of a good (and sometimes quirky) read. He loves mountain climbing and paragliding and his wife and three kids. He lives with them on the shores of a pristine mountain lake, somewhere in the middle of Idaho.

Brian is the author of The Epic of Didier Rain adult fiction novels DELIVERING VIRTUE and
FORTUNA AND THE SCAPEGRACE, and middle grade fiction novels BLUE SKY and PEARL.

1 thought on “Magical Realism IS Realism” 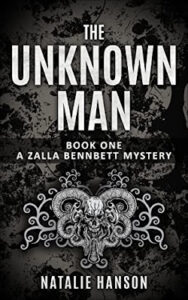