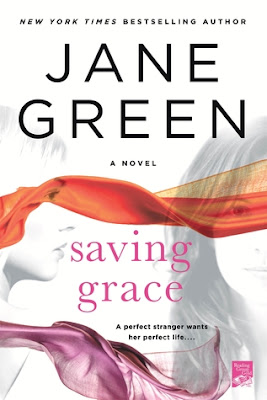 Grace and Ted Chapman are widely regarded as the perfect literary power couple. Ted is a successful novelist and Grace, his wife of twenty years, is beautiful, stylish, carefree, and a wonderful homemaker. But what no one sees, what is churning under the surface, is Ted’s rages. His mood swings. And the precarious house of cards that their lifestyle is built upon.
When Ted’s longtime assistant and mainstay leaves, the house of cards begins to crumble and Grace, with dark secrets in her past, is most vulnerable. She finds herself in need of help but with no one to turn to…until the perfect new assistant shows up out of the blue.
To the rescue comes Beth, a competent young woman who can handle Ted and has the calm efficiency to weather the storms that threaten to engulf the Chapman household. Soon, though, it’s clear to Grace that Beth might be too good to be true. This new interloper might be the biggest threat of all, one that could cost Grace her marriage, her reputation, and even her sanity. With everything at stake and no one to confide in, Grace must find a way to save herself before it is too late.Powerful and riveting, Jane Green’s Saving Grace will have you on the edge of your seat as you follow Grace on her harrowing journey to rock bottom and back.

Saving Grace handled the topic of mental disorder with great sensitivity. If you went into this book expecting your typical chick lit, this isn’t it. It could maybe be classified as women’s fiction, I guess, but I think that’s a very vague term to begin with, so I’m not sure.

Moving away from labels, this was a good book overall, and as I said, it handled the overarching topic with a great deal of sensitivity. It was also very real about the kind of dysfunction and suggestibility that may occur in such a scenario.

For all that, there were a few things that nagged at me about this book:

1. The way the book starts, right from page one, it seems like Ted is a violent/abusive husband. Over the course of the book, the worst thing he does is shout when he’s frustrated. And sometimes he vents at Grace, which is honestly understandable in a long term relationship. So the beginning didn’t live up to the rest of the book in that aspect.

2. The doctor faced absolutely zero repercussions for his misdiagnosis and pill pushing. I would have liked to see him face some professional consequences got this screw up, but it didn’t happen. That was kind of a let down.

3. Beth faced absolutely zero consequences for her actions, which was also disappointing. There had to be some amount of justice there.

While I do appreciate that Grace found her own closure, it was not really due to her trying to clear her name or because Ted came to his senses. It just..happened. It just wasn’t very satisfactory from the point of view of the reader.

Another thing I appreciate was the stark look at relationships with family and friends, and how they are affected by changes and allegations. Tough times truly do show you who your real friends are.

Overall, it was a neat conclusion, but maybe some threads weren’t tied up in the best way. However, the main focus of the story was handled extremely well, so brownie points for that.