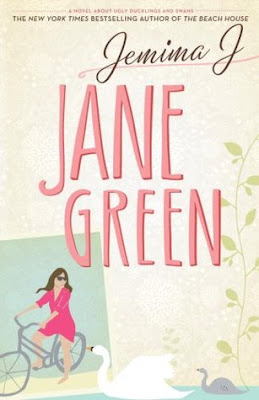 Jemima Jones is overweight. About one hundred pounds overweight. Treated like a maid by her thin and social-climbing roommates, and lorded over by the beautiful Geraldine (less talented but better paid) at the Kilburn Herald, Jemima finds that her only consolation is food. Add to this her passion for her charming, sexy, and unobtainable colleague Ben, and Jemima knows her life is in need of a serious change. When she meets Brad, an eligible California hunk, over the Internet, she has the perfect opportunity to reinvent herself–as JJ, the slim, beautiful, gym-obsessed glamour girl. But when her long-distance Romeo demands that they meet, she must conquer her food addiction to become the bone-thin model of her e-mails–no small feat. With a fast-paced plot that never quits and a surprise ending no reader will see coming, Jemima J is the chronicle of one woman’s quest to become the woman she’s always wanted to be, learning along the way a host of lessons about attraction, addiction, the meaning of true love, and, ultimately, who she really is.

I cannot believe I haven’t read any Jane Green books till now! I adore chick lit and so it was a no-brainer to pick up a new one. It’s been a while since I read some cozy chick lit. So, this is the first book I’ve read by Jane Green, and I’m telling you it was a risk. Because the reviews are so polarizing with people up in arms with complaints about Jemima being so fat and them not liking how she was portrayed.

The way those reviews were written, it sounded like the author was totally insensitive. I went ahead with it anyway and I can tell you those people were totally overreacting. This book was nothing like that. Sure, Jemima was fat, and chairs were cramped and food was binged on. That’s just the author being realistic. Jemima seemed genuinely unhappy, and also a really nice, trusting person who deserved to have people see the beauty within and the beauty she could be. She needed to find herself.

I think her journey was beautifully portrayed and not insensitively handled. We are all our own worst critics. We often think less of ourselves even though we may not be as bad as we think. Is it so surprising that Jemima felt the same way about herself? Everyone has problems, and everyone has, at one point or another, berated themselves. As does Jemima. I see zero problem with how the topic was handled.

Also, reading this in 2019, a book set in 2000, was a differently awesome feeling. Internet cafes, chat rooms, answering machines, letters by post, newspaper clippings, landline numbers – I was hit with little waves of nostalgia while reading this book. Who knew chick lit would evoke such feelings? More reasons for me to love it!

Also, Jemima is a very trusting person, and it broke my heart a little bit every time someone did something minuscule and nice for her. How happy she was. What a beautiful person. I want to be friends with Jemima and give her a hug.

I’m glad the story ended the way it did, and giving out no spoilers, but she finally did find herself and finally stopped giving a damn about her weight. That was the real happily-ever-after in my eyes.

There are other characters I love, and characters I don’t. In no particular order, I’ve put them all together, because spoilers. Geraldine, Lauren, Ben, Sophie, Lisa, Brad, Jenny, Diana, and Richard. Some will grow on you, some you’ll adore, some you’ll pity.

Also, the book switches between a first person and third person narrative randomly. That was pretty cool too. Your opinion might differ on that front though. Or on any front actually. This review is about how I feel about the book, that’s all.

So, in my opinion, this is an extremely well written book, with Jemima having the most wonderful character arc of all. And honestly she’s the only one I gave a damn about.