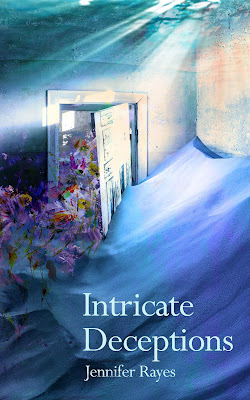 Waking up in a desolate cell, Gaia realizes that she has been kidnapped by a human trafficking organization, doomed to be sold to the highest bidder and unable to remember anything before her capture.

An opportune rescue by Raoul, the Prince of Kayamato, saves Gaia from a gruesome future, and she is thrown into a world of luxury and privilege. As she struggles to regain her memory, Gaia learns that her rescue was no accident and finds herself in even more danger, hunted by a powerful drug lord, targeted by a thrill seeking pirate, and betrayed by those she thought closest to her.

Fighting for sanity and survival, she works to unravel the truth behind her capture, each revelation more shocking than the last. The intricate web of deceptions spun around her family will shatter her world, leaving her unsure if she will ever trust again.

Through it all, she must survive to save a friend before it’s too late…

So I sometimes write points down after I immediately finish a book if I want to get it all down on paper because that’s just how I work better. For this book, it was so emotionally fraught, that I had to get it down immediately. I revisited this after a few days and decided the present this review in all it’s unedited glory.

Ended on a cliffhanger desperately waiting for part 2
Want to know what happens to Gaia
Amazing character
Great storyline
Don’t know whom to trust
Some characters trustworthy but maybe not
But Dominique so roguishly nice want to like him
Can trust Raoul? yes? no???
Extremely well crafted story
One of the best I’ve seen from a self published author in a long time
Yes there are a couple of descriptions of graphic violence which are hard to read
But just when you think things are going right
BAM
Another new issue crops up that has to be dealt with
Everyone has secrets
Deep dark secrets
Who can you trust? No idea
The author has done a wonderful job and crafted a superb story
Not a 5 just because of those 2 graphic violence instances
I understand they were integral to the story but really not for the faint at (of?) heart
The backdrop of the story is human trafficking and I applaud the author for having the guts to tackle such a difficult subject about the world we live in
But oh my God what a cliffhanger it ended on

So, I hope that conveys the message – it isn’t as incoherent as I thought it was, and I really did enjoy the writing and the intrigue and the story line. But I think the blurb needs to have a trigger warning. I am really not a fan of violence and gore but I let it pass because the storyline was so very good. I think the character ensemble was thought out quite precisely, and the characters themselves are well fleshed out.

Jennifer Rayes, I look forward to the next book!