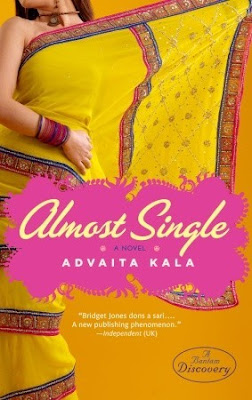 In a city where old is meeting new, daughters are surprising mothers, and love is breaking all the rules, this heartfelt and wickedly funny cross-cultural debut novel introduces a smart, irreverent young woman searching for independence and matrimony in a culture bound by tradition.

Between elegant soirees and the occasional mortifying mishap, Aisha Bhatia’s job as guest relations manager at New Delhi’s five-star Grand Orchid Hotel is intermittently fabulous—she certainly knows her wines and cheeses. But despite a life filled with good friends and first-class travel accommodations, the fact is that not many twenty-nine-year-old women in India are single—as Aisha’s mother never fails to remind her. Somewhere a clock is ticking, though as far as Aisha is concerned, it can be cheerfully drowned out by laughter over a champagne brunch. Yet when the handsomely chiseled Karan Verma arrives from New York, Aisha experiences an unexpected attitude adjustment. Karan is everything she’s ever wanted…that is, if she actually knew what she wanted. Is it possible that she’s about to find out?

Savvy, sexy, and unforgettable, Almost Single tackles the loving, exasperating tug-of-war between mothers and daughters, traditional customs and contemporary romance—and what happens when a modern Indian woman is caught in the middle.

I adore Indian novelists, I really do, and the blurb of this one made me feel it would be a fun, engaging chick lit. I was so right. I read this book through in one sitting – it was the right size and thoroughly engaging. Almost Single – a common state of flux for many Indian twenty-somethings.

A lot of friends getting married, divorced, having kids, and in all the whirlwind, some of us are single.

Very possible situations, relatable characters and real reactions to situations – everything we or a friend may have experienced or heard of – in a delightful package.

Aisha is a great protagonist and shines through. I loved Misha – well written, with real issues and endearing foibles. I would’ve liked to see more of Anushka too – but her story did progress, which was satisfactory. Ric and Nic, a conveniently​ rhyming gay couple round off this wonder group of crazy friends – walking the tightrope between traditional Indian values and open minded big city life.

Karan is Aisha’s will-he-wont-he and he’s absolutely adorable. Doesn’t hurt that he’s a total hottie but also shy! Perfect book boyfriend. But is that because we don’t know him that well? Yes, there have been many encounters between Karan and Aisha but many of them felt quite superficial to me. We know they’re going to fall in love, of course, but I would’ve liked to read about how they fell in love too.

So I must say – the romantic interests in this book are more secondary characters – shadowed by the main gang of friends in terms of how much their character has page presence throughout the book. This is something I did love about the book because I don’t always want to read mushy love stuff. I did want to read about friendship, and inner strength, and yes maternal conversations, too. This book gave me all that and more.

Why isn’t there a sequel?