Murder from the Newsdesk: Seven Crampton of the Chronicle mystery stories by Peter Bartram
My rating: 4 of 5 stars

I have mixed reviews about this books. It’s really well thought out, but the execution could have been better.
This book has seven short stories, they were all nice, but I wished they were longer so we could also work out the clues as the story proceeded. But there are certain stories wherein that opportunity is there.
The Two Suitcases story had a very strong resemblance to a Roald Dahl adult short story, but again, the execution could have been better. Maybe it is unfair to compare to Dahl.
Having said that, I did enjoy the book as a whole and hence I would suggest it as a one-time read.
Overall, a decent book, and I would’ve liked if the stories were fleshed out a bit more.
After all, in a mystery book, we would surely want to have the satisfaction of trying to figure it out a la Agatha Christie or Arthur Conan Doyle.

What I liked:
– Most of the stories were fresh
– The main characters were well fleshed out

What I didn’t like:
– A tad too short
– Not much opportunity to ‘solve’ the mystery as the story proceeds 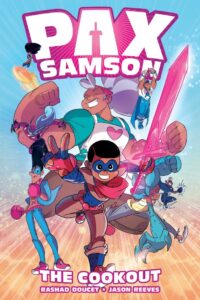